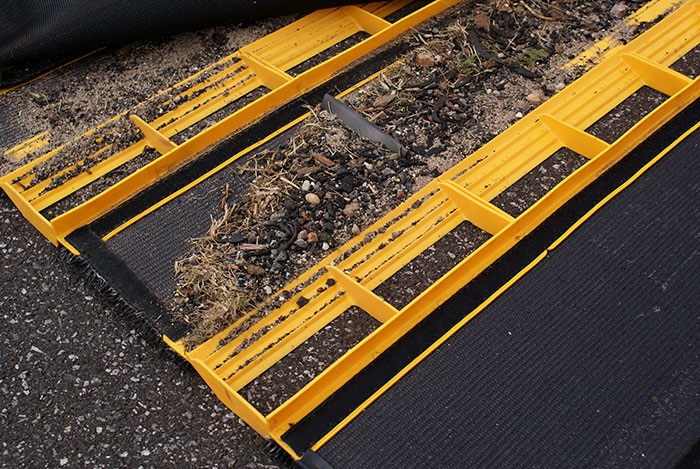 The Efficiency Of The FOD*BOSS

The FOD*Boss is an innovative and efficient tool for clearing foreign object debris from airplane runways, race tracks, and other hard surfaces. Using an airport fod sweeper is essential for removing potentially damaging debris. It makes the surface safer for aircraft to move at high speeds without the concern of flying metal, rock, and other objects that have littered the ground surface. Expensive air craft are protected from the damage that foreign objects can present once they are thrown airborne by speeding wheels. The efficiency of the FOD*Boss lies in its design.

The FOD*Boss hitches to any kind of vehicle and trails behind as the driver makes passes over the airfield surface. Debris is collected into the fod sweeper by means of friction. This sweeper needs no engine (except the vehicle hauling it), acts on contact with the surface, and is reliable in collecting debris and reducing foreign object damage to aircraft that represent serious investments in business and military budgets.

Where It Can Be Used

Sweepers are necessary on aircraft tarmacs, race car tracks, and any other hard surfaces where high speed vehicles and litter can create a dangerous situation for personnel on the ground and the vehicles themselves. Loose nuts and bolts, gravel, and anything else that ends up on the road surface can suddenly turn into a projectile simply by being caught up and thrown by a passing tire.

The FOD*Boss represents the best of sweeper methods because it hooks to any vehicle already used in the area. It is extremely effective in picking up glass, rocks, metal, and other debris, and it folds compactly away when not in use. Two men can roll it together, strap it shut, and carry it away. There is no need for maintenance on yet another engine, no need for a parking spot in the garage, and no special care for it when it is efficiently stored away on a shelf.

For an airport fod sweeper, the FOD*Boss is versatile. One, two, or three sweepers can be attached behind a vehicle at the same time to expand the cleaning area of the sweeper. For a sweeper that covers so much ground, it rolls up to the size of a large tent for storage. The low maintenance also translates into a more environmentally friendly device that reduces emissions as it protects investments in aircraft. The FOD*Boss works on multiple kinds of hard surfaces, smooth or grooved, and under wet or dry weather conditions. From aircraft carriers to local race tracks, the FOD*Boss is the quick solution that is cost efficient, convenient, and guaranteed.