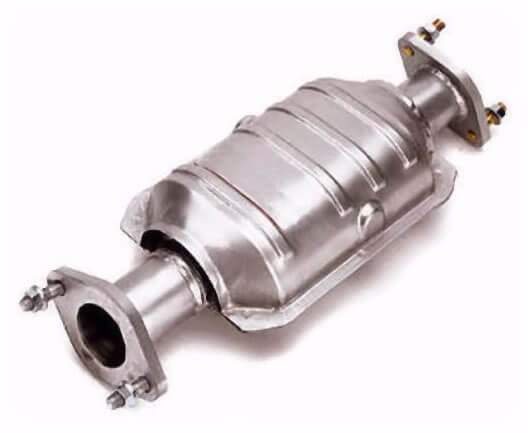 From 1991, car manufacturers began to install, in all gasoline vehicles sold in the Mexican Republic, for example, a component of simple operation and that is very easy to maintain; we refer to the famous catalyst, or also called catalytic converter. This greatly reduces the emission of harmful gases produced in the combustion of gasoline; it achieves this by chemically converting nitrogen oxides (NOx), carbon monoxide (CO) and hydrocarbons (HC), into water (H2 O) and carbon dioxide (CO2). The catalyst is a component very similar to the muffler (or silencer), although it is smaller. It is installed in the exhaust pipe, almost always exactly below the passenger cabin. There are two types of catalysts: the monolithic or oxidant and, the most widely used today, the three-way catalyst.

This catalytic converter consists of a monolithic ceramic honeycomb coated with a noble or inert metal; this can be platinum, palladium, rhodium or a combination of the three. This catalyst needs large quantities of fresh oxygen to be injected into the exhaust at the same time that they exit the exhaust manifold or the catalyst itself. For this purpose, an air injection system called AIR (Air Injection Reaction) or Air Injection Reaction is used. This catalyst reduces the emissions of hydrocarbons (HC) and carbon monoxide (CO), but is practically ineffective in reducing nitrogen oxides (NOx), since to convert this element it is necessary that there is no oxygen at all. It seems incongruous to convert all three gases at once.

This catalyst is the most used in new vehicles because it is more modern and efficient. As mentioned, this catalyst reduces the three mentioned pollutants even though, unlike CO and HC, nitrogen oxides (NOx) require no air to be transformed. This is achieved with a very precise system of air control and with the help of an oxygen sensor. The three-way catalyst includes a small tube for air intake from the Thermactor. It includes three chambers: the first one is a honeycomb that catalyzes the NOx, the second is the one that receives the fresh air, and the third one catalyzes the CO and the HC.

Catalytic converters require little maintenance. The recommendations for them to work correctly are: